In March this year, following the disappearance and murder of Sarah Everard, women and girls across the UK began sharing their experiences of sexual violence and harassment in public spaces, in their workplace, in schools and at home. Over 15,000 women and girls submitted testimonies to the website Everyone’s Invited, highlighting the prevalence of rape culture within schools and universities.

While women and girl’s accounts sparked a widespread (but short-lived?) media conversation, organisations such a Tender have dedicated their work over decades to highlight and prevent violence against women and girls. As an arts organisation working primarily in schools, Tender recognises the important role that schools can play in preventing domestic abuse and sexual violence in young people’s lives.

Funded by the Mayor’s Office for Policing and Crime (MOPAC), Tender delivered a whole school approach in four schools in the London Borough of Croydon, with aim the promote healthy relationships, challenge stereotypes and foster gender equality. As the evaluator of the three-year project, DMSS has produced a learning report setting out the six building blocks necessary to establish and embed a whole school approach. By bringing findings from the evaluation together with evidence from the wider field of gender-based violence prevention work, the learning report summarises what was learnt in Croydon and draws out implications for future initiatives.

The executive summary is available here and the full learning report here. 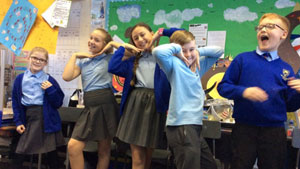